The term fateful in the lyrics is almost lost in the rhythm of the words. It wasn’t lost on me when this little peek into how my head works showed up either. After checking to see that the passengers survived, (so far I think they all have,) the first person you want to talk to is the Skipper, he was supposed to be in charge. But he had knocked himself out trying to fight a storm he didn’t know was coming and it is taking some time to come out of it. That’s the way it always is though, anything for the passengers even if it means harm or even a kind of death, that was his job, his duty.

Something you first notice about the Skipper is he is a trusting soul, and a bit of a softy. Knowing what he can do, he often lets the crew and passengers do what they will, it will all work out fine contained onboard. This may seem like an entrance to psychosis and multiple personality disorder, but it isn’t, I think many have a cast of characters of their own, aspects of their psyches and personalities they have no idea about. On my trip each one takes a turn at the helm on this lifetime journey, putting one up there for the whole trip seems inefficient. But the Skipper is the one that has to deal with it all, take responsibility and direct the boat. Then of course when someone pulls us way off course, the Skipper, who knows better, gets the blame. He needs to rest too, he needs some down time to be aware of the dangers of not only the oceans, but the crew and passengers, and how they all work together. Take this latest wreck, and look back at the others from this side of the boat and all of a sudden you see the design flaw that allows water in. The Skipper had no idea, nobody else did either except the Professor and Gilligan had their suspicions. They even wrote a poem of sorts about it years ago. 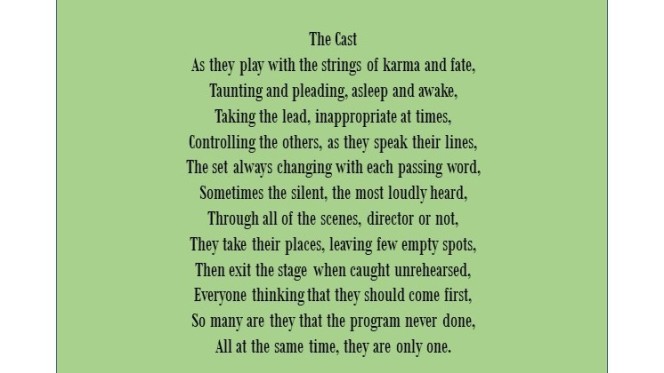 The Professor suspected because the boat always rode too low in the water for the weight that it was carrying. Gilligan suspected something because it felt too damp and squishy all the time. Almost like a bilge pump wasn’t working but it was shorting out the electrical on the boat, but only when it got up to certain speeds. The Skipper knew that the boat had survived so much and been through so many rough seas, it had to be tough enough to handle a little trip, a fateful, but small voyage into college. He and the crew would have good experiences and bad, just like before, and then they would head home, maybe have picked up or shaped up a few of the passengers abilities at navigation? Or their abilities to bail out the boat, or not take on water to begin with? This was not a movie, their had to be enough left over for another episode, another ahah! moment or another tragically comical character study.

Balance is something essential for life and living, falling over is often the way we find the ways to balance ourselves. Getting up and trying not to fall again like that is either learned or repeated, or guided better, a pillow placed, something to brace yourself with. Now, while I am speaking in terms of a boat, life works much faster than a wave and slower than one too. So the tilt of a hull, or the weight of a load can have a huge impact over time, or over a few seconds. The real images coming to mind at the moment look more like a mechanism of some kind, a huge ball that I must stay atop of. With the balancing points looking like a massive drum set all around me, but I digress, that is an art piece and this is a series, with a boat. So in terms of balance, real balance, it is not a matter of just “growing up” and doing something, I did that again and again and in the process did a hundred jobs, trying to find one that allowed the balance I had to, I mean really had to have.

If I didn’t have it, I gave the passenger that was not being fed enough booze to keep them sedated while one of the others steered. I could drug them up, drink them down, take a pill, and hit that lightswitch again and again; It was just not going to light up, or if it did, it wouldn’t last for long enough for me to find this doorway, this set of locks for the keys I carry. Each one of the passengers had experienced much in life, and the crew had some experiences too, they all had to be together somewhere, so the island is somewhere they could all have enough room. They knew they were on the set, but they didn’t want to leave it either, the exits only allowed one or two through at a time, and they all had to get off the island together. If they didn’t then a storm would somehow manipulate itself to get them back together again, the wind machine was the Professor’s best skill. Ginger would show up and the Howell’s age would bring out their aches and pains. To top it off Gilligan was in charge of finding the exits to begin with, going off in all directions trying to find that one that they all can fit through together, or the one where he stays behind or the Skipper.

The Skipper knew of sacrifice, he had left opportunities and experiences thousands of times because he knew that Gilligan, or Mary Ann couldn’t go along, or that the Professor, or the Howell’s would perish altogether. Tough choices for anyone to make, even tougher when you lose the Professor, the Skipper turns into Gilligan. Or when you lose Gilligan, the Skipper’s consciousness drags the boat down into the whirlpool of depression and angst, anxiety and despair.  So on the island, they each adapt and continue to develop their characters, they paint, and create, make the best of things. The Skipper is dedicated to getting everyone off the island, but is emotionally exhausted from dealing with the constant work involved, so he is on his hammock a lot, but does the work of five people when he isn’t. Like I said, he will go and go and go until he falls down or is too injured to continue.

This is all a part of this uncharted desert isle, the way it is unfolding and the insights availed to me. It is a series of events as is anything and there may be no actual rescue from an island, but a simple exit from a set in Hollywood. It is not the breaking up of a mind into a psychosis but the finding of a oneness within the multitude that my personality type carries. The tasks at hand are complex as I look into the other passengers and crew, and examine if there may be a few lines another could read, or if making Mrs. Howell happy is all it will take to keep Mr. Howell from having a fit about his caviar. Can we fix the boat and its flaws? Or do we find that exit from the set, a new radius? This is all new, but old and the history is depressing as I examine it more and more. I have to remember though that I get to rewrite my history with what I know now, because I truly did not see it from this side of the boat before. I did not have my door to try the keys in, forgiveness is what I would give anyone else, so I will work on that part for myself. In the meantime there is more pondering to do, and looking for that exit, that rescue. For the Skipper, that is the only way to right this repeated wrong, to find a way to navigate again, no roads, no ropes, just the stars to guide us. 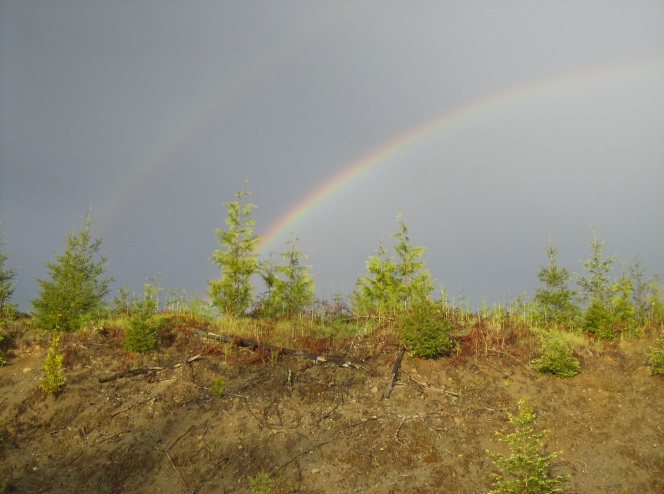