It struck me the other day, about the growing fungus of ugly that has encamped itself in daily life. The bigotry, the blaming, the hate and the fears are on display and in our thinking whether we acknowledge it or not. Not simply politics, but the nitpicking and untethered beliefs that drive most couples to divorce is happening on a social platform, rampant in its desire to drive a wedge between every one of us. The simplest of comments and observances seen as inroads into something worse, something more despicable. Somewhat the same as a Pandora’s box, the minds that we are playing with, the beliefs and emotional toggle switches being thrown with known and unknown results are just as dangerous.

We have seen the warning signs for years, the mass shootings, the protests, the counter protests, are but a few. When reports come out about the dumbing down of America, they are exactly correct. The introduction of massive baser or “reptilian” entertainment and information processes has left us as a programmable as the tools we think we control. 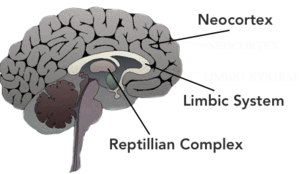 The very real catch for this brand of thinking to take hold relies on the reptilian brain to actively stop higher function thinking. The deeper the fear laden news, the more heart wrenching the image, the more visceral to our persons, the better it works. Not only does it work with the negative areas of our beliefs, but the positive ones as well. Who doesn’t like the idea of free college? Free healthcare? Both sides of the political aisle use both the positive and negative in their efforts to change minds, or beliefs. People in general are not going to be swayed by much though, there is a monumental amount of denial and implausibility that people overlook in their beliefs systems. Higher thinking is then suspect when so much is appealing to a stronger basic instinct. It is tied to the ego and the id, it is telling me that I am right, it is also one of the most powerful drugs we take on a daily basis… ourselves.

It doesn’t surprise me any longer the reasonings as to why people vote against their own interests. In some primal corner of their psyche they are voting for their beliefs, they are as much trying to hold together what they have known, or understood to be true. Even as that same truth is tearing their lives apart literally and figuratively. It is as simple as comfort food on an empty stomach, it makes people feel good, it warms their cockles, and enhances their inner “value.” Much like the religious that collect riches for entry into a heaven, or the narcissistic alphas and their constipated worldview, it is going to be the epitome of difficult to break the bad from these mindsets. The drugs being taken are as individualistic and more powerful than any recreational chemistry we would normally send to recovery.

There is of course the passive-aggressive feel good fuzzies that come with the social fabric as well. The drunken warmth of a righteous stance is just as addicting and self serving as any used by the “other” side. The drumbeat of mental disorders that are associated with one sex… As written by the other. What a field day in hyperbole it would be if the same were done in return. The offensive stereotypes and searching for meaning differ wildly between people, let alone sex. The power of these drugs are exponential because they are enhanced and the strength of potency ramped up with simple acceptance and agreement of others. A single dose at one time can evolve into a overdose within minutes of taking the drug. In this world of opulence and the coddling of the inner child, we are stark raving mad in our consumption of everything, and our constipation of reality. We actually have a need to hear the agreement, the acceptance of that secret inside part of us.

In the middle of this snowball, there are so many other factors steering our minds that they can’t be named. There are other actors, companies and governments, our own government, our antagonists that are actively working on the individual. From removing freedoms, and rights, through lobbying and outright fraud, the chiseling away at our foundational belonging is almost complete. Years ago I warned of the logical progression we were on, and how it looks a lot like communism that we were at that time fighting through the Cold War. We now have extremely large corporations that control a vast amount of employment. Seems to me that is what the communists had as well, the real similarities are overt.

Surfing the ugly, it can do an amazing amount of damage, and it usually does just that. The world of reality looks nothing like the images that are pumped into our psyches, and the words that are weaponized coding to trigger the lowest of our lazy thinking. Running the world is hard work, and using the bottom end of our thinking to do so will leave the bottom end of our world as the best we can do. It is a dubious luxury that we even engage in such visceral thoughts about our own self-righteousness. I go to the doctor when I am injured or ill because they know more than I do about me. I vote for the best person because they know more about what they do than I do. I can assume and fear with the best of them, I can jump up and down and scream. I can post to social media that I know best and that only intelligent people should follow me. That in all honesty would do very little good, it would just cause disharmony and division in my everyday reality. People will not change their minds until they change their hearts, and right now there is very little that is getting through the stone that was poured around it in most.

The ugly, the spite, the them and we, us and you. It is strange to see the two disparate realities trying to exist in the same space. The reality is that we are nothing like what we are like online and in comments and other platforms. The sad reality too, is that we are exactly like those examples and more. The less than human effort we are giving the governing of our lives is tragically going to end up being an effort that is lacking humanity. We turned a corner, jumped a curb, ground our rims, and are now just out of control, and surfing the ugly. 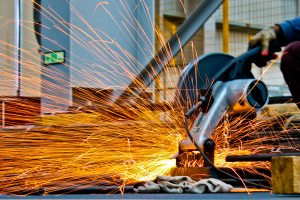